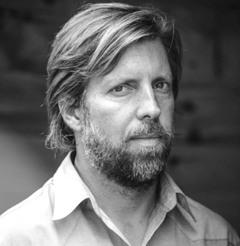 James Nestor is an author and journalist who has written for Outside Magazine, The New York Times, The Atlantic, Scientific American, Men's Journal, National Public Radio, Surfer's Journal, Dwell Magazine, The San Francisco Chronicle, and more. His book, DEEP: Freediving, Renegade Science, and What The Ocean Tells Us about Ourselves (Houghton Mifflin Harcourt) was released in the United States and UK in June 2014.